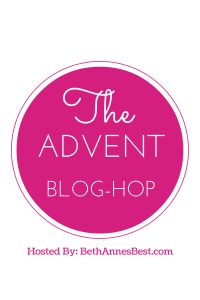 Did you know that Mary is my homegirl?

Wait… Jen, aren’t you Lutheran? Doesn’t that mean that you forgo Marian devotion?!?!?!?

Kind of sort of yes. Prayers like the Hail Mary in its post-Trent form (when the “Holy Mary, Mother of God, pray for us sinners now and at the hour of our death” was added) and the Hail Holy Queen make me a bit nervous but it doesn’t mean that I don’t like Mary. Heck, I’m chill with her as the Theotokos (that would be the “God-bearer” as the Orthodox refer to her) and I started understanding her a bit more six years ago while pregnant with my son Daniel.

Six years ago (for those counting on fingers and toes, that would be 2008), I was ~3 months pregnant with Daniel. We had just had our first ultrasound with him and gotten to see him being adorable and waving his little limb buds at us. We were living in northern Montana at the time and being December in Montana, we went into the annual tradition of several weeks of -20F weather (not counting wind chill — with wind chill, it was more like -40F). For those not familiar with how to live in such a climate, cars do not start well in cold like that so many people have block heaters on their engines and even if you do, you still have to start your car about 10-15 minutes before you plan to drive it. I remember waking up, tossing boots on, tossing my parka and a scarf on (to cover my nose and mouth — bare skin is a no-no in cold like that), starting my car, and going back into the house to get ready while the car warmed up. For whatever reason, the cold made my hands ache like nothing else. I would have knitted gloves on, insulated mittens over the gloves, and then socks over the mittens but my hands would still ache for most of my 60 mile commute each way to and from work.

One particularly hard day, I was having a pity party for myself and it occurred to me that I could understand some of what Mary felt in having to journey the 103 miles to Bethlehem from Nazareth while pregnant. Having lived in a Mediterranean climate (a.k.a. northern California), I can tell you from experience that while it’s relatively warm during the day, it gets pretty cold at night with temperatures close to 40F on average. Imagine having to travel that distance on a donkey while 9 months pregnant and freezing your tail off. Imagine arriving and finding out that there was no room at the inn and you’d be forced to give birth in a cave where the animals were kept. While my birth experience with Daniel 4 months later was pretty traumatic, it pales in comparison to the conditions in which Mary would be giving birth.

As I pondered these things more and more, I came to the realization that I also could understand some of the fear she had when visited by the Angel Gabriel and told that she would be bearing God’s son. I had feelings of both joy and complete terror two months earlier upon discovering that I was pregnant. (For some of my favorite settings of Mary’s song, the Magnificat, click here.) I also realized that I was understanding the verse about Mary “treasur[ing] these things and ponder[ing] them in her heart” because I was doing similarly.

4 months later, I would give birth to Daniel and start understanding how Mary must have felt seeing her Son up on the Cross, a feeling I would experience again 2 years later. It took me a fairly long time to understand that in looking to Mary and how she handled all of this, I would have a model in how to deal with what God was throwing at me; but when I did, I started understanding the love that my Catholic friends had for her.

It is still pretty weird for me to consider saying some of the Marian prayers but I feel like a connection was made with her that cold day in December.